Pre-Activity: The kids were notified of the activity about a month and a half in advance to begin thinking about making their cars, and to build excitement. Two weeks prior, they were provided with cardboard boxes we collected from local businesses for free (asking for permission of course before pulling them from the recycling bin). If preferred, have participants find a box on their own time. We included further information on the activity in our Primary Newsletter.

The Movie: We originally planned on showing a Halloween film because our activity was at the end of October, however it proved difficult to find a suitable film for all ages. Finding a movie all the kids could enjoy was also tricky because we couldn’t show Disney movies (check with your Priesthood leaders), due to legal restrictions and such (we even called Disney to ask permission and they wanted to charge a hefty fee which wasn’t in our budget anyway). We decided on the newer Little Rascals movie and the kids loved it!

Tickets & Treats: One idea is to have the kids earn tickets throughout the year, and use the tickets to “buy” treats at this activity, but in order to avoid hurt feelings, we kept it simple giving each child 3 tickets: one good for 5 pieces of candy, one for popcorn and one for their drink. We had a small budget so it was most economical for us to buy the microwave popcorn, then put it into smaller lunch sacks. We also took a salt shaker for those who wanted to add a dash of salt. Candy suggestion: we stayed away from hard round candies (such as jawbreakers) because we didn’t want anyone choking, and younger kids don’t seem to like chocolate as much so we got a variety bag with things like bottle caps, a bag of M&M’s, and a bag of gummy candy. For drinks we had water. When the kids needed a refill, they raised their hand and one of the leaders brought them a refill.

Decorations: You can get elaborate as you want here, but I tried to keep it fun yet simple. With large pieces of cardboard (I got some from a door business) I painted one for the concessions stand, then used another large cardboard to construct a ticket booth. i also painted various street signs such as “No Parking” and “Stop”.

Projector: We were lucky enough to have the expertise of a ward member who came and helped. He brought his own speakers and subwoofer for sound, and also a projector and DVD player. Everything was set up on the stage in the cultural hall and the kids parked their cards on the gym floor to watch.

Budget: Again, depending on how elaborate you want to make it will determine the cost. We probably spent around $25 total (for about 30 children) and that was mainly for treats. So this isn’t a very expensive activity yet it was a big hit!

Popcorn for the guests. 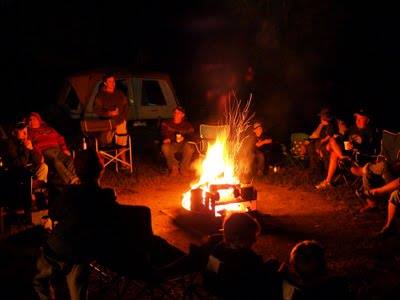