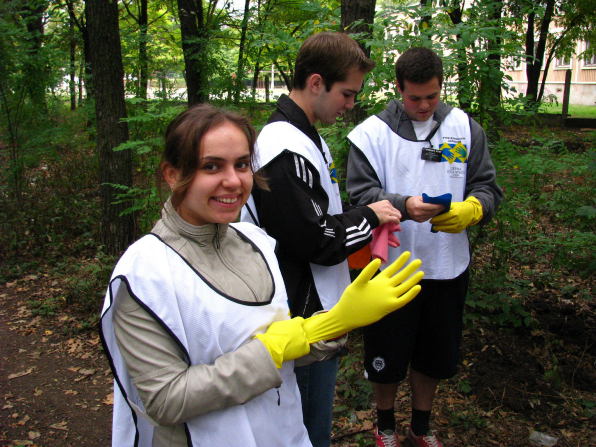 I interviewed a Young Single Adult in the Memphis, Tennessee area, John Moore, and got a lot of information on activities that group has held over the past few years.

One of the keys for holding successful singles’ activities, according to Brother Moore, is holding events that single males enjoy. It seems that many women show up for events, but it’s harder to get guys to show. Read the Themes section below to find out ways these singles have created guy-friendly activities to encourage attendance. Another is making events sound fun through promotion. The Memphis Singles branch has used lots of creative ways to reach out to it’s members over a very large geographic area:

The branch uses LDS.org’s calendar capabilities to keep track of building schedules. As some of the singles who attend are outside the stake, they also use social networking sites to help get the word out.

The branch has created a Facebook Group where members can comment and post links to upcoming activities. They use Facebook’s event capabilites to invite and notify members about activities and to estimate a headcount of attendees.

Memphis singles create quirky “commercials” to advertise activities and help get people excited about upcoming events. They post the ads on the MemphisSinglesBranch YouTube Videos page.

Memphis singles have activities monthly. For example, to encourage attendance on the days they are assigned to clean the building, the singles hold an activity afterwards.

One successful activity had a Boot Camp theme. Singles from several stakes stayed in cabins, held workshops, enjoyed a dance, and performed service right at the campground. At this particular campsite, singles cleaned the pool and cleaned camp sites. It is possible that the organizers got a discounted rate for all the service they offered, too.

Another activity had an Army of Helaman theme. Members arrived for morning workshops, performed afternoon community service projects, and then had a dinner and dance in the evening. Workshops included Stripling Warrior-themed topics like “Obedience and Exactness”, “Honoring our Mothers”, “Being a Peacemaker”, and “Marriage/Family”.

One popular autumn activity is the Corn Maze Dance and Hay Ride party. To encourage attendance by male singles, a paint ball or air soft game is held in the corn maze for an hour or so before the meal, dance, and hay ride.

A Singles Fish and Mingle has also been a popular event in the area. They played “traditional games with a twist” and handled invitations and RSVPs through Facebook.

Break the Fasts in the singles ward have often had a food theme, like the Asian Break the Fast commercial above.

This year’s Luau invitation read: “Come and eat lots of food, and play volleyball, sing karaoke, swim in an awesome pool with a wicked amazing diving board, or whatever else you want to do with all your friends! It will be tons of fun so bring whoever you want.”

Every year, Memphis singles enjoy their annual Spudwood Derby. After a great baked potato bar, singles are separated into teams that make a “spudwood” derby car out of a raw potato. Using a pinewood derby track, toothpicks, paring knives, and a set of pinewood derby tires, each team races in several heats to get bragging rights for the next year.

Brother Moore also reported on another activity: “I remember one activity that was pretty good. The theme was church history during Brigham Young’s presidency. They had both workshops and skits. The workshops were the building of the Salt Lake Temple, the trek west, early missionary work, genealogy work (they talked about when it started then taught us how to do it), celestial marriage, the Book of Mormon, and described a time line of when doctrines were revealed. Around meal times they had the skits. They had church members from married units in the area dress up in costumes and act out the skit. The first was Porter Rockwell talking about how he protected the prophet Joseph Smith as his bodyguard. The second was on the courtship rituals of the time, and they brought up volunteers and had them try and hook and the church members would show their disdain for the scandalous faux pas of early church dating etiquette. The third was the best — they had a camp fire, and in the skit they were supposed to be telling stories around the campfire on their trek west. Actors talked about how new doctrines were reveal and how excited they were and also about stories of persecution of the saints. The last dance was decorated like a barn dance. There were about 250-300 people there.”

For more ideas, visit the The LDS Singles Site, which lists singles conferences all over the United States and Canada, or visit our LDS Singles Activities section.